Only on Silver Sponsor pads in the clouds.

The Vinca Nexus, known more simply as Vinca, is one of the main maps accessible from Furcadia's user interface. The Vinca and its count

erpart Vohwa are a pair of floating islands that act as a hub to the rest of Furcadia.

You're back in the Vinca Nexus again, the heart of Furcadia. You can reach many main areas from here.

Players will appear in the Vinca if they're ejected from a dream rated E or T+, or by visiting wearing a costume with the same ratings. The Vinca contains four seating areas, where AFK players are automatically moved to, as well as lots plant life.

There are portals to the following maps:

If a player has wings or a winged avatar, they can access Theriopolis as well as some Silver Sponsor upload pads.

The portals here are similar to the Vinca, with some exceptions. 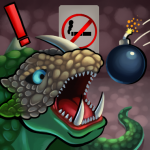